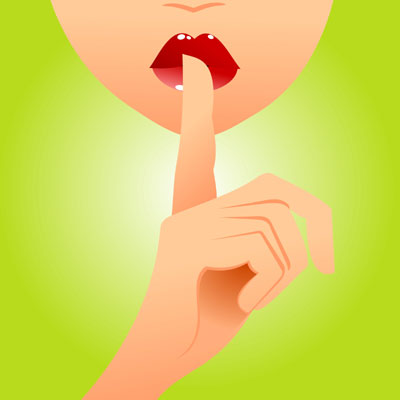 The sound of silence.

Five-hundred-dollar haircuts, ten-thousand-dollar dresses and million-dollar smiles: the world was watching as the stars of the show made their way down the red carpet — turning this way and that to show their best sides to the battalion of cameras. But as they beamed and pouted, sashayed and skirled, they became aware that there was a break in the line of worshiping onlookers.

A vacancy where there should have been standing room only.

The gap in the ranks of the faithful was unignorable: it demanded attention like a missing tooth. As they drew closer, their heads turned repeatedly to it, until it eventually became apparent that the gap was not, in fact, empty. It was occupied by two young men wearing sharp facial hair and even sharper suits. But their occupancy was not obvious because they were sitting, not standing; and they were both entirely, completely and deeply asleep.

One was leaning forward; his elbow was on his knee, his chin in his hand and his head tilted drunkenly to the right. The other was slumping back, his head tipped backwards, his arms dangling to his sides. It looked as though either, or both, might start drooling at any moment.

And they stayed that way as the celebs paused in front of them, occasionally mugging for the cameras as if to say “well, how about that.” The photographers flashed frenziedly away, bouncing around like excited puppies jostling for a treat. Such irreverance! Such irony! These shots might even make it above the fold!

Eventually, the sleepers’ immediate neighbours grew tired of mugging for the cameras and popping fingerbunnies behind the slumbering heads, and started to poke and prod at them instead. But it was not until they had graduated to full-scale shaking that the sleepers began their return to consciousness — to be greeted by the one of the world’s biggest movie stars standing expectantly in front of them, treating them to a very personal close-up of his famously cocky grin.

The photographers’ fingers were mere blurs on their shutter-buttons. This was going to be gold.

But the sleepers merely yawned, peered blearily and indifferently at the idol before them. One stretched his arms out above his head; the other shifted in his seat, shrugging his shoulders. Then they resumed their positions and returned to their slumber. The movie star, baffled, shrugged, smiled sheepishly, walked away.

Over the next few days, the image of the two sleepers and the movie star was captioned, ‘shopped, remixed and ridiculed. Talk-show hosts used it as a punchline for their introductory monologues; editorial cartoonists as a metaphor for political apathy.  A Swedish musician was inspired to write a techno anthem. The movie star’s people emitted a rapid-fire succession of press releases to prove that he had a sense of humour about the whole thing.

But of the sleepers, nothing more was seen or heard. No-one seemed able or willing to identify them.

Until, exactly one week later, they appeared in the front row of the audience at a TV talent contest. And then, a day later, at a “Meet the Candidates” rally in New Jersey. And the day after that, at the opening of a new shopping mall in Minneapolis. By that time, their slumbering faces had become well-known, and event organisers were looking out for them.

But then the number of slumbering subversives multiplied dramatically. Sleepers were reported at an ever-increasing number of public events: sports fixtures, gallery openings, avant-garde recitals. And not just in the U.S. Soon sleepers of all colours and creeds were appearing all over the world.

A sleekly feline woman was caught cat-napping at a edgy warehouse fashion show in Milan. A man dressed in grey showed formidable dedication in gathering forty winks during the apocalyptically noisy opening night of a hot new nightclub in Paris. And the inauguration of an archbishop in Lusaka was repeatedly interrupted by a guest who insisted on loudly sawing wood at inopportune moments.

Some of these, no doubt, were simply attendees who had lost personal struggles with lethargy. But others slept so ostentatiously as to leave no doubt that their drowsing was deliberate. They met with different reactions in different places. In some circles, it was seen as a kind of backhanded compliment to be considered worth sleeping at. In others, it was considered a straightforward insult. But since the sleepers were always sober in manner, dress and conduct, they usually got away without being forcibly expelled or unwillingly detained.

And since they declined interview requests by the simple device of not being awake to answer them, the armchair pundits and chattering classes were free to draw their own conclusions. The sleepers were applauded as refuseniks in the Society of the Spectacle; denounced for casting sabots into the showbusiness machine; heralded as bringing anarchy to the attention economy.

Theirs was the ultimate silent protest; a profound gesture of contempt for the culture of celebrity; proof that indifference could make a difference. And the idea caught on, embraced, as revolutionary innovations often are, by the mainstream. Politicians slept through their rivals’ speeches – no change there, but they did it with newfound conviction. Protest groups organised sleep-ins outside hated corporations. Radicals and anarchists made their beds wherever and whenever they saw fit.

Soon, there was almost no public event that was not attended by a sleeper. The men’s quarter-finals at Wimbledon. A flower-show in Minsk. A dance festival in south-east Asia. And it was then that the original two sleepers announced that they would speak exclusively to one journalist, to be chosen by lottery, and syndicated, for free, to whatever media organizations asked for the footage.

An audience of billions waited as the first question was asked, as heartfelt as it was obvious: “Why?”

But in reply, as the camera cut back, there came only the soft sighs of repose. ##

2 thoughts on “The Society Of Sleepers”