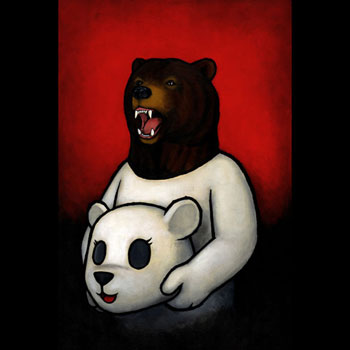 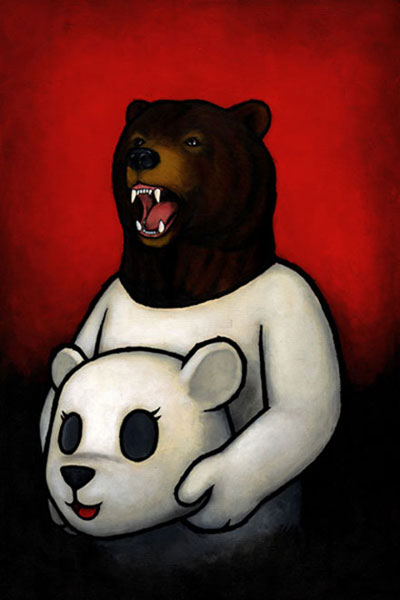 Of mice and men.

## the elephant and the omnibus

The elephant waited quietly for the bus to Clapham.

Behind his massive form, a line of ecstatic schoolchildren slipped their neckties up, around their foreheads, and stamped about in what they took to be an elephantine fashion, their improvised trunks swinging.

The elephant sighed. He was amiable by nature, but sometimes humans really tried his patience. He pacified himself with a peanut from his blazer pocket.

There was a tug at his sleeve, almost too tiny to notice. He tried to ignore it, but the tug came again, more insistently this time.

He peered down between his tusks at the tiny form before him.

“Mister,” said the child. “Why are you an elephant?”

The elephant rolled his eyes.

The child seemed satisfied with this explanation, stuffing its thumb in its mouth and regarding the elephant with wide-eyed and quite unashamed fascination.

“Do you live at the zoo?” asked the child.

“If I did, would I be catching the bus to Clapham?” asked the elephant sarcastically.

“Just watch me,” said the elephant.

the pig and his admirer

She liked the pig. But he did not like her.

“It can never work between us,” he said. “A pig and and a hedgehog! It can never be. We may have similar names, but we are from different worlds.”

Without another word, he turned and marched back into his sty.

She pushed her nose through the chicken-wire plaintively.

If only he would reconsider.

They could find a way, she knew it.

But he did not look back.

Gladley the cross-eyed bear was sad.

Everyone made fun of him because his eyes were crossed.

So he tore off their heads and ate them.

Terpsichore was the loneliest cat in the world.

She waited and waited for her master to come home.

3 thoughts on “Lives Of Quiet Desperation”