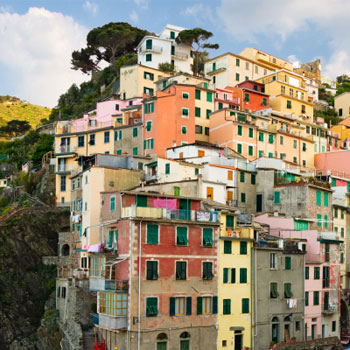 A guide to one of London’s least-known but most curious boroughs.

It’s been said that London is a collection of villages, and nowhere is this more apparent than among the low-lying houses of Tower Hamlets, whose timber frames and thatched roofs stand in stark contrast with the glass and steel skyscrapers of the City of London just a few miles to the east.

The Hamlets are unique by London standard in being sunk into a natural valley, whose sharply sloping sides afford few opportunities for the kind of large-scale development that has reworked many of the neighbouring boroughs. What’s more, the western access to the valley — following Candlemass Lane, the narrow path that runs beneath the Lea viaduct through East London — is impassable due to life-threatening levels of atmospheric pollen for much of the summer, meaning that the funicular from Stepney, to the north, is the only way into the valley for much of the year.

The result is that the Hamlets’ villagey atmosphere has remained extraordinarily well-preserved, making it a must-see for visitors who wish to gain an insight into what London’s pre-industrial settlements might have been like. The folksy effect is carefully nurtured by the Hamleteers, for whom tourism is a big earner, but don’t be fooled: beneath their rustic manner, the locals are as urbane here as anywhere else in London.

Tip! If someone invites you to dinner, accept; then give them your wallet without making any sudden movements.

Whichever direction you come from, your visit to Tower Hamlets will almost certainly start in the large market square at the bottom of the valley. Historically, the Square would have been the centre of valley life: this is where villagers would come to buy and sell food, goods and services. Tower Hamlets’ inaccessibility put it effectively beyond the reach of the exchequer, making it a centre for trafficking in all kinds of goods of varying degrees of legality.

Modern times have brought an end to much of this illicit activity, but those who can stay awake long enough can get a feel for what those times must have been like at the bustling Egg Market (2am-4.30am Thurs-Sat) – which is to oophiles what Smithfields is to carnivores and Billingsgate to fish-fanciers. The array of eggs for sale is dizzying: large, small, plain, marbled, blotched, reptilian, amphibian, poultry and piscine. (Many of the more exotic specimens are bought by expatriates from other parts of London, hungry for a taste of home.)

Tip! Any stall-holder will gladly crack an egg open so you can examine its quality — but custom dictates that you eat it immediately afterwards.

The square is where most of the Hamlets’ shops are still to be found, as well as a sprawling flea-market — well named, since it is one of the few in the world where you can actually buy fleas! If you have a small appetite, you might prefer to try their eggs, available by the gross at the Egg Market or as a mid-morning snack at most local cafés. Those with a keen eye for bargains may well spot a bargain or two — this is a good spot to pick up a hand-carved acacia-wood hat — but it’s well worth browsing even if you’re not interested in arts and crafts.

The vast Portland stone building that runs along the entire northern edge of the Square is the Museum of the Governess (entry £4, 9am-10.30am Tues) — one of the hidden gems of London’s museum circuit, packed to the rafters with pince-nez, high-necked blouses and home to an unique collection of rare blackboard erasers.

Tip! Ask the keeper to open the “Stars and Garters” cabinet.

The Square is also home to the valley’s only four-star hotel, the Farthingale Arms (£45-£8,150 for a double, avoid the third floor), and most of its better eating options. Dabinet’s Portico serves traditional Tower Hamlets fare (£40 for two, no fluid consumption permitted on the premises), as do all the other restaurants. Local specialities include fried, boiled and raw eggs of all kinds (gurnard caviar is particularly good, although you’ll be lucky to visit during the short and unpredictable season), omelettes and frittatas.

Tip! Tower Hamlets is also one of the few London villages to still serve its traditional pudding, the herring-smelt turnover recently popularised by Fergus Henderson.

The Square is host to a number of other attractions, but none of them are worth more than a casual look if you have nothing better to do. The exception is the Arcade Soixante-Huite (entry £2, 11am-4.30pm Wed-Thurs), an oddly themed fun-fair that might excite fans of revolutionary kitsch but is unlikely to captivate anyone else.

Tip: Look for the telephone that connects you to Richard Nixon during his time in the White House. He will hang up if you ask him if he’s a crook.

If your time is limited, you’d be much better advised to explore the rest of the valley. The Hamlets actually comprise at least four distinct settlements, although the casual visitor would be hard-pressed to tell where the boundaries lie. But the locals are proud of their distinct heritages. Residents of Great Tower are quick to describe their village’s superiority over Tower-on-the-Hill, Tower-le-Meaux and Tower Shadwell — while the inhabitants of those settlements would be just as quick to make the case for each of their own townships

Tip! Tower Messington is said to have been destroyed by an incendiary bomb during the war, but it is better not to raise the subject with locals.

But all of the Hamlets have their charms, and all are well worth exploring at leisure. The possibilities are endless — there’s enough in the valley to reward a (short) lifetime of investigation, but here are some suggested itineraries.

— If you have a day: Start by exploring the bric-a-brac stands in the market square. Don’t forget to tip the stand-keepers if they have to bail you out of the Pittage Hole! Choose one of the cafés around the square for lunch — any of them will do, since they are all served by the same kitchen. In the afternoon, set off for Stepney Pass, enjoying the scenery as you climb the valley wall: provided you don’t dawdle too much along the way, you should have plenty of time to make it to the border before curfew.

— If you have three days: Spend the first day as above, but stop for the night at the “Eagle’s Nest” inn just below the Pass. Day two: Take the narrowboard to Tower-Le-Meaux for a “lotus luncheon”. It will probably be dark when you awake, so it is advisable to pre-book accomodation. Drink lots of fluid. You may be served black bread before you retire for the night — if you choose to indulge, we advise moderation, since the local ergot is stronger than you may be used to. Day three: There are several options: you could explore the Secret Jungle of Tower Shadwell, visit the Museum of the Governess or simply wander along the valley floor in search of food and shelter.

— If you have a week: Follow the three-day itinerary above, but partake freely of the black bread. Take a day’s rest, then repeat: you’ll have forgotten everything about the first time. ##

2 thoughts on “Welcome To Tower Hamlets!”