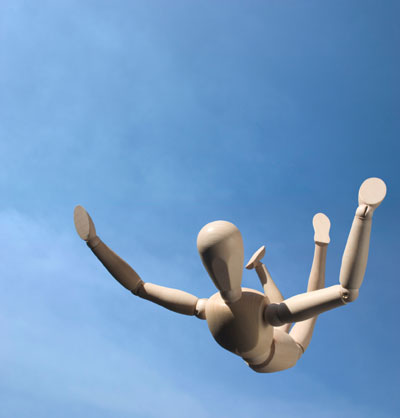 A leap of faith.

How has it come to this? Tom asks himself, not for the first time — and hopefully not for the last. How has he come so quickly from recording amateurish, giggly free-running clips on his phone to this: surrounded by hovering fly-eyes and potentiation engines, perched on the frame of an open window fourteen miles up the tallest building in Greater Shanghai, his life hanging at the whim of millions of viewers who might today, just for shits and giggles, choose to let him fall instead of fly?

At one level, the answer is obvious. Fame, sex and money – probably in that order, if he’s being honest with himself. Tom Assumes has made him a household name. It’s ensured that he’s never cold in bed. And it’s made him wealthy beyond his wildest dreams – or, if he were to be honest for an uncharacteristic second time, beyond some of his wildest dreams. Because he’d never have got here if it wasn’t for his unbridled ambition.

At another, he has no fucking idea. Part of it is good branding, for sure. He has his handlers to thank for that. Tom Assumes: it sounds like a stupid name for a show in English, but some bright spark at the production company had noticed that according to the branding engine, tomasumi was close enough to some l33tstreet term for “daredevil” to make sense all across the Asia-Pacific, down through sub-Saharan Africa and across the South Atlantic into Amazonia.

Hadn’t cracked Europe because of the anti-trust laws, and most Yanks were still more interested in finding things to eat than in watching some Limey try to kill himself. But he was big in all the bits of the world that counted.

A potentiation engine drifts up towards his face. Despite himself, Tom has the creepy feeling that it’s looking at him, even though it has no eyes. It’s just the deaf-blind servant of the audience’s will: it can feel what they want, transmuting their desires into probability densities Planck-second by Planck-second. But it doesn’t even know he’s there.

You’ll believe a man can fly.

The pictures his audience is watching are being transmitted by cameras well beyond the range of his unassisted eyesight. In fact, they’re so far off that he probably wouldn’t be able to see them even if his scopes were switched on. Ludicrously distant, really: it’s hard to imagine how their rudimentary mechanical consciousnesses could possibly entangle with his wave-function anyway. But the bookies are very wary about anything that might skew the outcome of the audience vote. His life has to be in the audience’s hands alone: thumbs up or thumbs down.

Though it might be more interesting, in a way, to leave the decision to the machines. What makes the better spectacle, from a camera’s point of view: triumphant ascent or tragic downfall? He gives them a grin, a cocky one, hoping that they’re picking up his good side. Barney’s been muttering about getting his face remodeled again: it’s starting to look old-fashioned, apparently. Tom prefers to think of it as “classic”, but he knows there’ll be no stopping Barney if the viewing stats go his way. And the shaven head is probably on its way out too. Tom sighs. Back to hours in the make-up chair.

Now he lets the mask crack a bit, shows a bit of nervousness. Most of the time he fakes it to build a bit of suspense, make it a bit more thrilling for the punters. After all, he wouldn’t want them to think he takes their support for granted, or that the outcome’s a foregone conclusion. Today, though, it comes naturally. Maybe he’s just scared of heights in a way that he hadn’t been of sharks. Or getting shot. Or being buried alive.

Or maybe he’s becoming scared of the audience.

For the hundredth time, he strains pointlessly to detect the potential that the monitors are reading. The flux of all those viewers’ attentions, refined and focused on him, deciding his fate. The quantum mechanical warp and weft they create in space and time. Fly? Or fall?

Or fail. As ever, there’s nothing to stop him just walking away. But no-one does that when they’re at the top. There are rumours that some of the old boys switched in clones late in their careers, and Tom knows at first hand there’s some truth to them. But you can’t chance that kind of fakery when you’re at the top of your game. Just need to keep your spirits up. Make sure your confidence doesn’t crack, but you don’t get cocky. It’s a fine balance.

A tricky balance to maintain when the network, the viewers, the agents, are all crying out for you to outdo yourself. Last sweeps season, Tom had gone for a classic: basically,  Schrodinger’s cat – the box, the poison, the radioactive atom and all that. He’d drawn critical flak for playing it safe, but at least he’d lived to play another day. Unlike some of his rivals.

Xiolang Xhi; Zhiang Chow; Sammy Rose. Failed in their ambitious bids to get the ratings, failed to get the mindshare, failed to get the potential. Xhi had burnt to death when the inattentive crowd failed to extinguish his human torch act. Chow’s end had been mercifully quick, by comparison, when the viewers yawned and switched over rather than pray that the guillotine blade would jam during its descent. And Rose… well, he had always told Sammy not to take the audience’s mercy for granted.

Actually, I just had dinner with Sammy and Jean, his lovely wife, the other night. So no, there’s no feud. Healthy rivalry, yes, but no feud. I don’t know who makes this stuff up!

Tom shakes his head. Best not to think about it. There’s no evidence that his perception makes any difference. And then again, there’s no evidence that it doesn’t, since so few of those who’ve got it wrong have lived to impart their wisdom. Best to just put it out of mind. Assume the crowd is on your side, that they don’t want to see you fail. If they’re not – well, you’ll find out soon enough.

If you don’t believe in yourself, Tommy, no-one else will.

The wind is strengthening, and he shudders briefly. It’s not really cold – he’s wearing thermals and the warm air blowing out of the building is enough to fend off the bite of the stratosphere – but he feels chilled anyway. Perhaps it really is time to give up, he thinks. Perhaps this really should be the last time.

But then he always thinks that, and yet here he is again.

It’s time to unclip his harness. He takes a deep breath, looks ahead, to the horizon. He knows there will be a camera directly ahead, somewhere at the vanishing point, but doesn’t try to pin-point it. It’ll find him.

“Good evening, ladies and gentlemen, boys and girls,” he says. “In just a moment, I’m going to unclip the harness holding me to this building. When I do, I will either float gently to Earth – or plummet like a stone.”

As usual, he tries to sound disinterested, while subtly placing greater stress on the former possibility. Audiences don’t much like being told what to think: but it seems foolhardy not to exploit this solitary opportunity to influence the outcome. “It’s up to you,” he says. He waits, imagining the rising tension in the unseen audience, waiting for it to reach a peak. “My life is in your hands. In your minds.”

Time for his exit line.

4 thoughts on “Why Don’t You Just”